These prestigious awards have proven Charn Issara’s meticulous professions in developing each of its project in order to guarantee to valued customers in receiving the best products and to live happily with the lifestyles they are dreaming for under the 65 years Charn Issara concept, “Happy Together”.

Apart from that, 'Issara Residence Rama 9' and 'Baan Sita Wan', the winners from the Best Housing Architectural Design (Bangkok) and the Best Housing Development (Khao Yai) respectively, have also been surprisingly announced as the winners of Thailand's Best Housing Architectural Design and Thailand's Best Housing Development respectively, which will be automatically nominated for the Asia Property Awards 2017 under “Best Housing Architectural Design and Best Housing Development in Asia” respectively. Further results will be announced in Singapore in the coming November.
The PropertyGuru Thailand Property Awards is the longest-running event of the regional Asia Property Awards programme since 2005. This year it has overwhelming entries of over 160 projects from more than 72 real estate developers, both local and from international. Apart from its high transparency, which has guaranteed by the cooperation with the professional run awards system supervised by BDO, all entries have also been carefully studied and inspected by 10 judges from various fields of professions; Designers, third-party Developers, Property consultants and agents. Join us in support for Issara Residence Rama 9 and Baan Sita Wan in the Asia Property Awards 2017 announcement in November or visit our projects at www.charnissara.com , FB: Charn Issara , LINE: @Charnissara 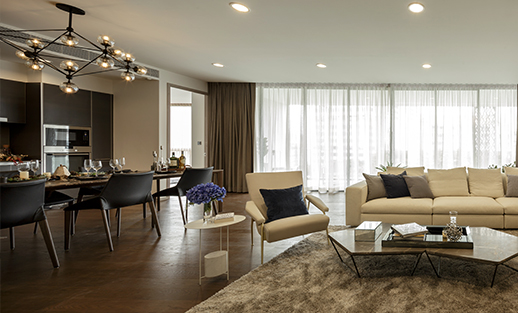